Loacher (Loacher Films on YouTube) is a brilliant 3D artist constantly giving back to his community. From his home in Hungary, he’s created 17 Star Wars short stories and six Halo stories, which nearly 200k subscribers have enjoyed watching. He’s been making these shorts since 2012 using Unreal Engine, and it’s incredible to see the progression of his work.

What’s special about his stories is the sheer attention to detail. From voice acting to music, animation, and environment design… no detail is ignored. My personal favorite quality? Loacher’s excellent sense of humor. Just check out this ad for his channel:

Before we jump into the interview, I recommend you check Loacher Films out on Twitter if you use Unreal Engine. Loacher’s constantly posting new concept designs, models, environmental engines, and all the details about his WIPs. Super exciting stuff to be found there :)

Let’s dive into what makes Loacher Films tick and find out how the man behind it all keeps pumping out new short stories at such high quality.

What does 3D production mean to you, and would you ever do anything else?

To me, 3D production is all about using the best means to tell a story, and making it look the best you can. The story doesn’t have to be complex necessarily, it can be as simple as you want, or it can just be a short skit, but I believe some sense of a story is needed for every production.

“To me, 3D production is all about using the best means to tell a story and making it look the best you can.”

Once you have that storytelling aspect locked, then comes the work of making it look the best you can, but the story should always come first on the priority list.

Honestly, I have no clue what I’d do if I weren’t working in 3D production. I always had a drive for the arts and to be creative, so I imagine I’d be doing something else in the creative sphere.

Halo and Star Wars are your primary storytelling mediums — where does your love for guns and light sabers come from?

Star Wars was one of the first movies to ever really make an impression on me when growing up, which led to a broader appreciation of sci-fi. This was also encouraged by my father, who was an avid sci-fi fan. I also played a lot of FPS games and watched action movies growing up, which left me with a liking for cinematic firefights.

3D VFX and production can be all-consuming — How do you spend your afk time?

I play video games, spend time with my friends, or just kick back and watch some of my favorite YouTubers. I also have a guitar lying around that I pick up from time to time for a quick session.

What three tools have changed your workflow?

The Rokoko tools, first and foremost, have been one of the biggest changes so far, I can't imagine working without motion capture now! The SmartSuit and SmartGloves have made having a lot of characters on screen at once a breeze and have accelerated my pipeline tenfold. → Learn more about how Loacher Films uses Rokoko’s tools

Switching to Unreal from the old Source engine was also a huge leap forward for me. It changed the way I think about 3D production, the scope of what I can do, and the new tech that came with Unreal made so many things a lot easier and faster to do.

Last but not least, while not a tool, I’d like to mention a certain course I took back in 2018. I did an Autodesk Maya Generalist course at Mesharray Digital Media School to expand the knowledge I’ve accumulated up until that point and learn about the industry's workflows. The things I’ve learned there have come in handy numerous times since.

Which production has been your favorite to work on?

My Enemy — which was also the longest time I’ve invested in a project.

One of my favorite memories of that project comes from when we recorded the voice acting. I’ve arranged that the actors of the main characters would “share a recording room” through discord, so they can play off each other. Hearing their performances sync up and them starting to improvise lines and add more depth to the scenes was a wonderful experience. I also can’t go without mentioning the work of Ignacy on the music, who’s made something truly remarkable. While I don’t see myself undertaking such large projects often, it’s definitely something I want to do more of.

What advice do you have for solo producers grinding long hours? How do you stay motivated?

“Establishing deadlines and milestones that are reasonable and challenging at the same time is key for me.”

Establishing deadlines and milestones that are reasonable and challenging at the same time is key for me. When you break down a large project into a series of smaller tasks, you get those small victories that keep you going until the finish line. Setting these milestones would be my advice for anyone working on long projects.

At what point in your production pipeline do you use motion capture?

It comes directly after writing and layout. Once I have my shots established, I know how to direct the animation to serve the film as a whole. After motion capture is done, I like jumping back and forth between Maya and Unreal, cleaning up animations and placing them in engine in a consistent rhythm.

What does the future have in store for you?

Right now, I’m thinking of making shorter videos that I can get out quicker. This way I hope to serve my audience by delivering a consistent flow of content while also being able to experiment with different ideas a lot more often.

If past you could see you now, what would he think?

He’d probably be very surprised! This whole journey with 3D content creation started off as a hobby back in the day, so to see where I’m at now and what I do — he’d lose his mind. I also imagine I’d give my past self a good dose of motivation to keep going!

Where does “Loacher” come from?

It was actually my father who came up with Loacher when he started writing novels. He published his novels under the alias Aaron F. Loacher before he started to use his own name. I really liked the sound of it, so I decided to continue and expand the family legacy by using it for my own channel. We used to joke that I’ve now taken over the mantle of “Loacher” and made it a multi-platform name.

Loacher itself is a direct translation of our family name, Csikász. Csikász comes from a group of fishermen who lived in Hungary centuries ago, who went for a very specific type of fish, the csíkhal, otherwise known as the loach. Csíkász means fisher of the csík (csík-halász), which translates directly as “Loacher”.

Rokoko’s motion capture tools are used by studios worldwide to record fast, quality mocap animation. Want to know more about how Rokoko can speed up the production workflow of your short films? Click here to book a demo. 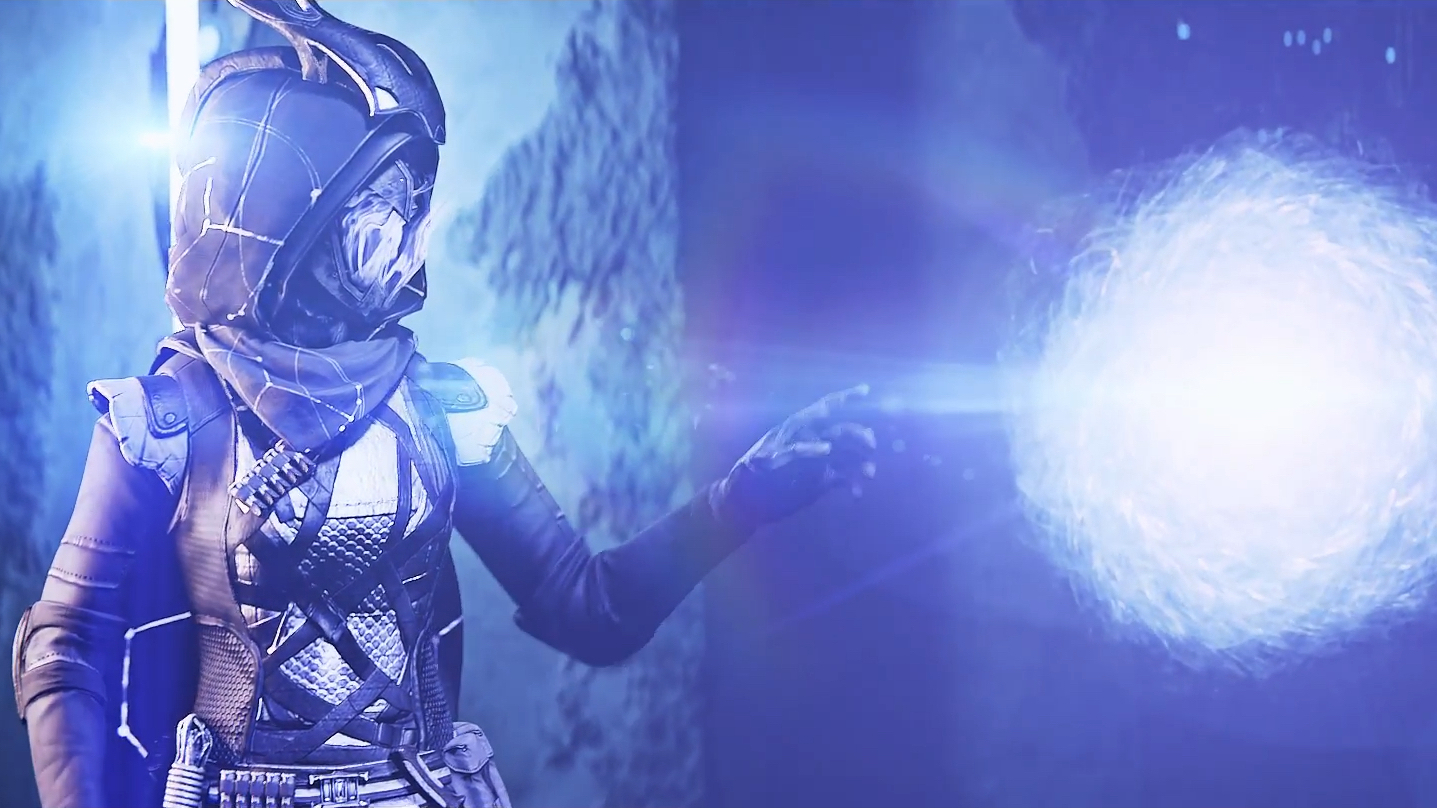 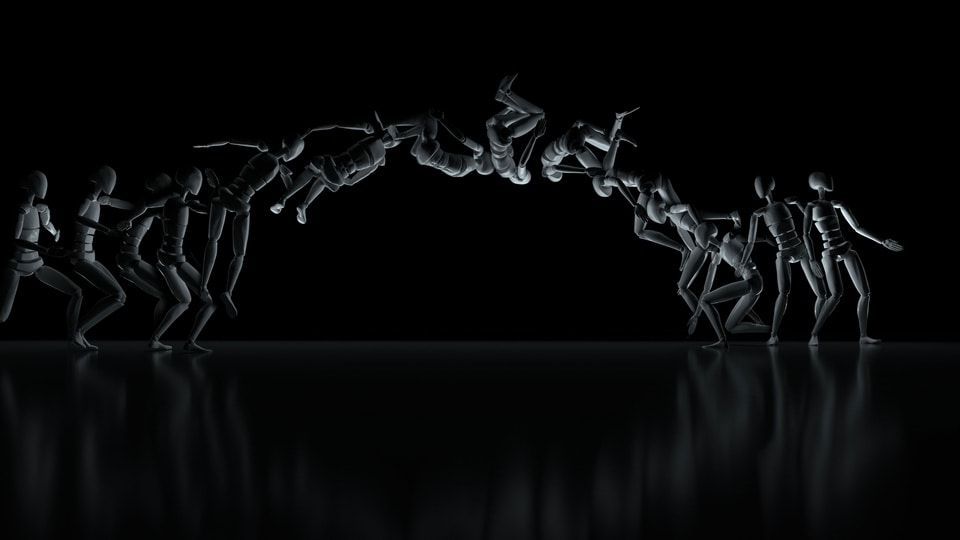 3D Character Animation: Everything you need to know about making things move 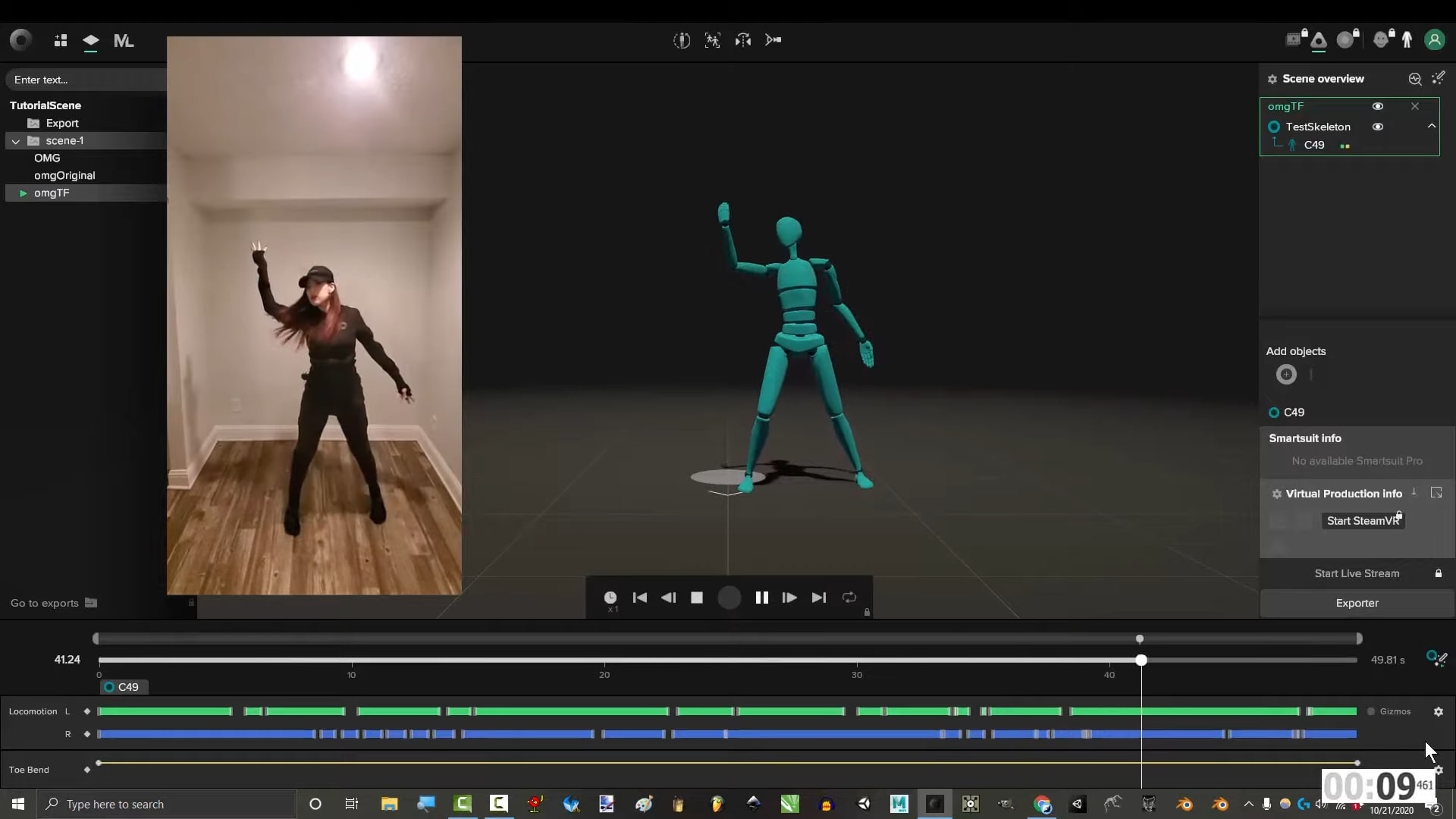