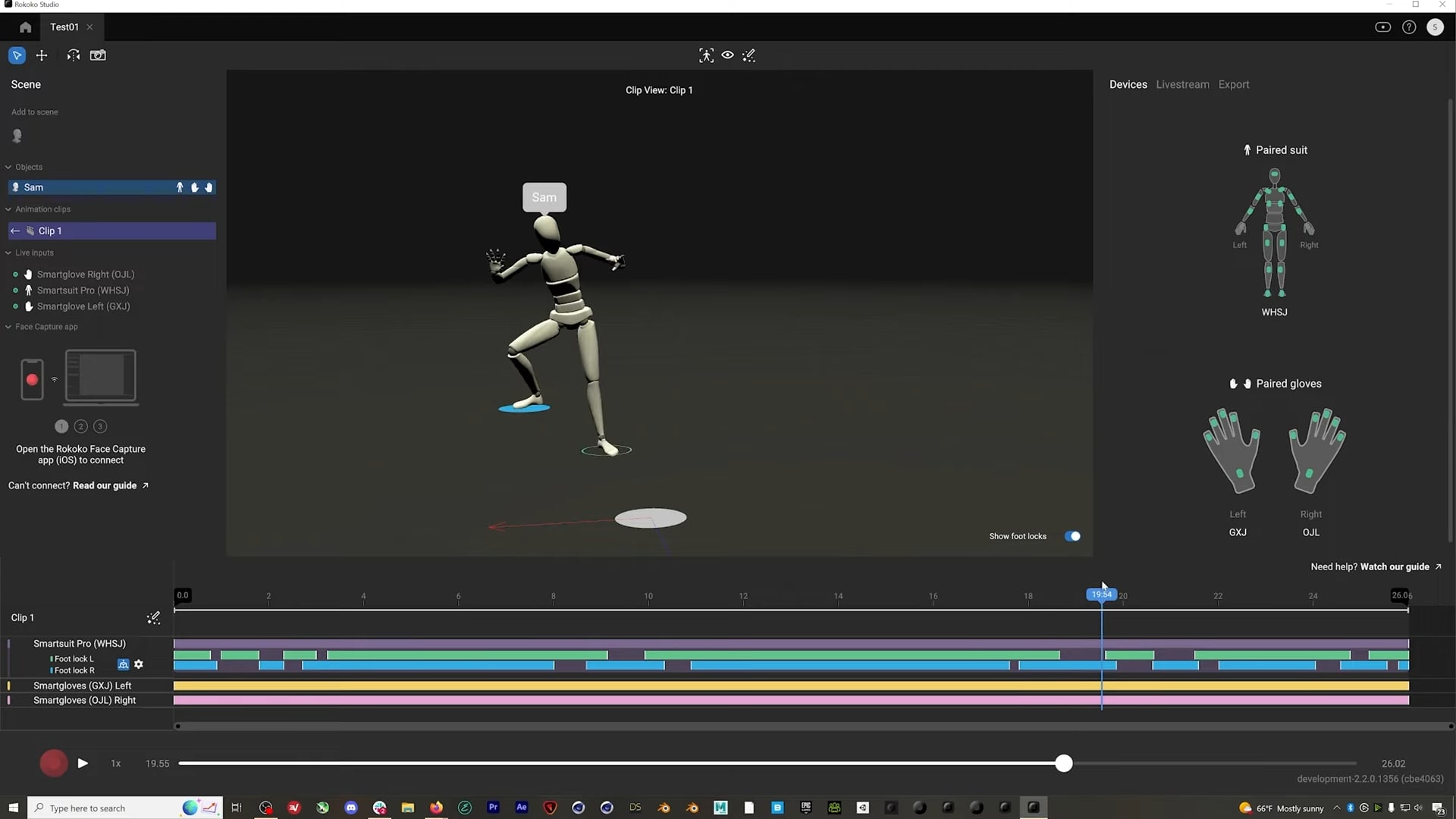 Creating a looping animation can be tricky - but with the techniques and tools, it can be easy to achieve a perfect loop that looks great and functions smoothly.

In this blog post, we'll walk you through three different ways to loop your animation and show you how to troubleshoot any potential problems.

So, whether you're just starting with animation or looking for ways to improve your current workflow, read on for some helpful advice!

What is an animation loop?

An animation loop is a continuous sequence of animation frames that repeat endlessly. By this definition, even a GIF can be considered a looping animation. When working in 3D or 2D animation, loops are often used to create the illusion of infinite motion, such as a character running or the hands of a clock ticking around to show the passage of time.

Above is an example of a looped character walk.

A typical loop (and one that many animators start with) is the walk cycle. It consists of frames showing a character taking a step forward, shifting their weight back, and returning to their original position. Looping this motion sequence creates the illusion that the character is walking in place as if they were on a treadmill. This animation sequence will often be used during productions to keep a character’s walk consistent and save animators from repeating work.

The most common use of animation loops is in game development. In a game, each character will have a set of animation loops that can blend to create a controllable character. For example, a walk cycle might blend with a jump cycle at specific frames so that a play can direct their character as intuitively as possible.

Filmmakers might also use animation loops but will do so in a much less obvious fashion. For motion to appear realistic and avoid the uncanny valley effect, people and objects cannot loop perfectly several times. The human brain is so attuned to recognizing motion patterns that it’ll feel somehow ‘off’ if a character repeats their movements robotic with no deviation.

Game and film animators frequently use animation loops to give inanimate objects perpetual motion. For example,  if an animated object such as a candle’s lit wick needs to flicker and move, a short loop cycle with three different key shapes would be a good way to get the job done.

Can you see how the animator has looped the frames for the candle flicker?

What makes a continuous loop perfect?

A seamless loop can be considered ‘perfect’ when there is no frame exactly the same (e.g., the first and last keyframes are just slightly different), and the motion itself is smooth and unjarring.

You can spot a bad loop if there’s a strange flick or jump in movement at any point.

Loops can be of different lengths for different purposes. You’ll generally want to loop to be as short as possible for game loops on video game characters to accommodate the required motion switches easily. However, if realism is more important than functionality, you’d either want to make a longer loop (for more motion variation) or code in some minor deviances at random intervals.

A simple design for your character will also make loop animation easier, whereas a different style might make it more time-consuming.

Rokoko ran a competition to find the perfect loop. You can see all loops plus the comments of the professional judges in the two videos below.

How to make loop animation assets in Rokoko Studio

Rokoko Studio is motion capture software that will, in conjunction with hardware, allow you to record motion capture data for your animation loops. You can download it for free here.

It’s easy to create looped animation assets for your characters using Rokoko Studio’s “Loopable Segments” tool in combination with the SmartSuit Pro or other motion capture hardware. You can break down the process into five simple steps:

Step 1: Record your motion capture as usual (Tip: We recommend performing your target action at least three times to find the perfect take.)

‍Step 3: Shift+Left click on your timeline to create a segment.

Step 4: Right-click on your segment and toggle on “Loopable.” From this menu, you can also check the boxes “Start from origin,” “Align motion to axis,” and “close loop” to get the character animation to loop on the spot.

The following example is a more detailed video covering how to clean up the captured data for a more fluid motion and how to apply it to your character in Cinema 4D.

Unreal Engine and Unity are the two giants of the game software industry. You can use either of these free programs to create your loops quickly and efficiently, as they deal with character animation loops in great detail.

If you’d like to learn more about animation loops in Unity, check out this Ultimate Guide to Character Animation In Unity. It's a fantastic guide if you’re coming into Unity for the first time from another 3D program. You’ll also find some excellent resources for total beginners, along with free project files.

In Unreal Engine, the process is similar but a little different. Check out the tutorial below to learn how to loop character animation and get those characters to move according to keyboard inputs.

How to record animation loops in other animation programs

Virtually every single animation software will have some kind of looping tool available. If you’re manually animating with keyframes instead of using motion capture or a pre-recorded asset, it might take you a bit longer to get the perfect loop.

Here are some great community resources explaining how to loop animation in various tools:

We’ve also got some great resources on our blog if you’re looking to dive deeper into the world of game animation and motion capture.